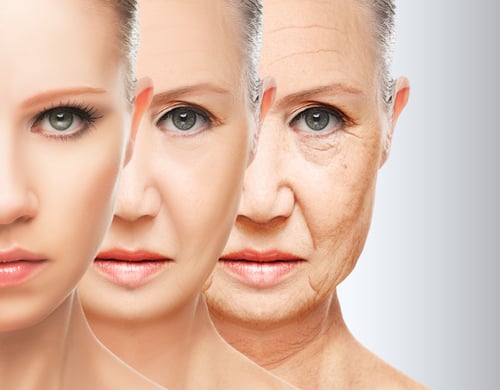 Is it possible that ministry to and with older adults has a low priority because we are afraid of our own aging? The physical aspects of aging can be depressing. Aging means we are that much closer to death, and thus we dread growing older.

It might come as a surprise that older adults are on average happier than those in all other stages of adulthood. Maybe it’s because they know something we don’t. They know from experience that there is more to growing old than aging, that growing old and aging are not synonymous. Old age is the one stage of life where we define it almost entirely by the associated challenges, but what people are finding as they reach that stage is that it’s also a stage where they don’t have the challenges that plagued their earlier life stages, and they have a lot more to enjoy than has been advertised.

The physical process of aging

There are a lot of differing views on aging, on what it is and why it’s happening. There does seem to be consensus that it’s a process of decline: our bodies are getting slower and weaker. I’m not an expert or scientist, I’ve just done my best to read from a lot of them, and I’ll try my best to lay out what I’ve learned.

Aging is ultimately a process of dying. Not so much like dying as an individual, or going through a terminal disease, not that kind of dying. I’m talking about a process in the body that is life long: the process of our cells dividing and replicating themselves, and of them dying.

The most current estimates are that 300 million cells die in our bodies every day and are replaced. It’s this process that leads to aging. Over time, it takes longer for our cells to replicate, so we slow down in cell replacement. Eventually the cells aren’t quite as strong as they once were. At some point, some cells stop replicating themselves altogether, almost as though there is a limit in there as to how many times a cell can divide before it’s done..

When you take all the cells that comprise any particular organ or body part, and you slow down that cell regeneration, or you have slightly weaker cells than the ones that once were there, you can see how that eventually affects the body. Muscles and organs are weaker. Immune systems aren’t as responsive. Our body takes longer to respond. Skin gets wrinkled and thinner because there aren’t as many cells. It all happens one cell at a time. The cells themselves are new, but it’s just that they’re not as strong or as numerous as the ones they replaced were.

Aging and the Fall

As a Christian who believes death is the end result of sin, I see the pieces falling into place: If aging is a process of dying, it seems logical that it’s related to the fall, that ultimately it’s a consequence of sin.

We don’t have a lot of detail of that time, so we don’t know if that process of cells dying was taking place back in Eden. Was there something related to the Tree of Life (Genesis 2:9) that affected that process, or maybe allowed a better reproduction of cells? Seeing how closely tied to dying our aging process is, I get the picture that though they may have lived several years in the garden, that Adam and Eve didn’t see the aging process in their body until they were expelled.

Growing Old and Aging are Not The Same

There’s another takeaway that I get from Adam and Eve. According to Genesis 5, Adam lived 930 years. The fact that he was having children at 130 years old and beyond tells me that his body hadn’t been aging quite the same as ours do today. 130 years of a 930 year life span seems relatively young for him, but in our world, 130 is still older than anyone we know of living today.

Here’s the lesson in that: Aging and old are not synonymous. Aging is something that will happen as we grow older, so you can say it’s part of growing old, but we have to remember it’s only one part. It shouldn’t be the only part or the one that defines this stage of life.

When you grow old, it means you’ve been through a lot and you survived. You made mistakes. You had successes. You lived and you learned. Sometimes you didn’t learn, but even that was a lesson. You developed personality, character and wisdom. The world needs more of all of that, and these are all things that would have made our earlier years so much easier if we had them then like we do now.

Why is This Important in our Ministries?

We need a balance in our understanding of growing older. When we have that balance, it allows us to better respond to both the positives and negatives of the later stages of life.

It starts with developing a better attitude about old age, seeing it as an asset and not a liability. We need to be intentional in discovering the strengths, knowledge, wisdom and faith examples of our elders. We need to understand that there is as much value in this stage of life as any other. And then we need to seek how best to share the benefits of their experience with the body as a whole

Understanding the aging process can help all of our ages. This is especially true when we understand how lifestyle changes can dramatically affect our chances at successful aging. We can teach stewardship of the bodies that God has given us. This is important when we think about I Corinthians 12:12-26 where Paul emphasizes the body needs all its members. When we think about how the strength of the physical body depends on the individual cells, the same is true of the body of Christ. When we can help our people of all ages be more vital and healthy, both physically and spiritually, and for longer periods of time, the body as a whole benefits.

Finally, we have to be realistic about aging. Too often we want to whitewash it. We’ll emphasize successful aging but we cannot forget about those who are affected by aging. Aging is real and it is profound. Its effects can impact one’s sense of well being, confidence, and even one’s walk with God. While we want to emphasize the positives that our older members have to offer, we need to be aware of the challenges they face so we can respond and help meet those challenges.

Old age is simply another stage of life.

All of our life stages have their share of challenges and blessings. We long for the vitality we see in the young but in that longing we forget about the struggles that go with growing up and getting started in life. An important part of youth ministry is understanding the challenges that youth face, in order to help them meet the challenges. The challenges remain, only in different forms, as people move into adulthood and on into middle age, and of course into old age.

It’s funny how when we wish we could go back to a certain age, we forget about the parts we hated about those stages of life. And even with all that, we don’t define those stages solely on the negatives, like we tend to do with older age.