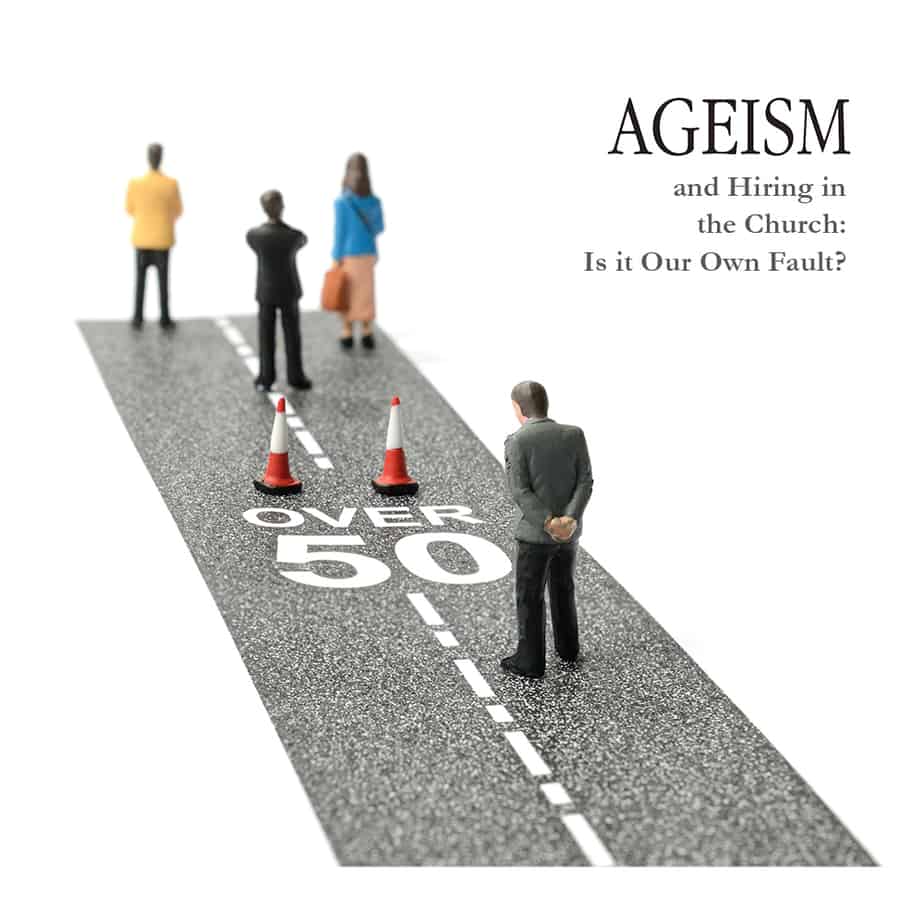 As I move into my later 50’s, I’m seeing more and more of my peers struggle to find work in the church due to their age. Is my generation falling victim to an ageist environment that we had a large part in creating?

Ageism is perhaps the last of the acceptable ism’s and it is alive and well in the church. In fact, it may be worse in the church than in society at large. I fear that my generation may have played a key role in fostering that environment.

Age Apartheid in the Church

I first heard the term “age apartheid” listening to Marc Freedman speak after releasing his book “How to Live Forever: The Enduring Power of Connecting the Generations.” Marc was speaking of society in general but the term caught my attention in a big way. How many times do we have our churches all cordoned off into age based fellowship groups? We have the teens over here, the pre-teens over there, young adults here, parents in this section, and the older adults off in that corner, and never the twain shall meet. Is it any wonder that our generations struggle with one another when they barely worship together any longer?

And guess what? My generation had a large role in creating that environment. It started when we were growing up. There were so many of us (Boomers) that they had to figure out what to do with us all. The whole youth ministry movement grew up with the Boomer generation, and we took it and ran with it. While we were ‘in charge’ we took those divisions to the nth degree.

I’m not sure what it is about us as a generation, as we’ve always struggled with other generations. We grew up that way. I wonder how much it was kind of like growing up in the shadow of that perfect older sibling who was All American All Student All Everything. The previous generation fought a war and saved the world – how can you live up to that? So we rebelled. We resented them, they resented us. And we struggled with the generations that came after as well.

One of our great battle grounds with the older generations was in the worship wars. Larry Norman’s “Why Should the Devil Have All the Good Music” was always a favorite of mine, but he drew a line in the sand with “I don’t like none of those funeral marches, I ain’t dead yet.” We branded the older music as stodgy and irrelevant. We insisted we needed music that would attract younger people.

Winning the war created an environment that also implied that older adults were as irrelevant as we thought their music to be. It wasn’t just in the music. We pushed them out of leadership. We declared that ‘you’ve worked so hard, it’s time to take the rest you deserve and we’ll shoulder the load now.’

We created a place where being old was the same as being useless, irrelevant, meaningless. It meant having nothing to contribute.

And now that we’re getting older, it’s coming back to bite us

I don’t know that we completely invented the environment. Ageism didn’t just start in the past half century. But we made it stronger, more formidable.

And we’re discovering the fallacy of ageism. It was our generation that cried out “I hope I die before I get old.” We’re kind of changing our tune. We got old, and guess what? We still have a lot to offer.

And so do those who came ahead of us.

And so do those who are younger. So do those Millennials that we always complain about.

That’s pretty obvious. But any kind of system that says you lose value because of what dempgraphic you are part of is a bad system.

Ageism needs to end because we DO need one another. Younger generations can learn so much from our experience. Just as important, we can learn so much from the younger generations’ experience. We need to get away from age apartheid and just get back to being the body of Christ, not so that people my age can continue to work, but so that we can make the impact to the world that the church needs to make.

Have we passed a point of no return?

I don’t know that I have much of an answer for people my age struggling to find work in ministry. We created the environment where youth equaled relevance. We created the environment where growing old meant we lose our ability to make an impact. Those things are all lies – all ages can have impact. But we helped build those lies up. It’s going to be awfully hard to undo what we created.

I think we face two realities.

The first is, no matter what environment we’ve created, we have a lifetime of productivity and impact ahead of us. Seriously, folks, many of us have thirty, forty, maybe even fifty years ahead of us and for a lot of us those will be very healthy, active and productive years. We’re not at the end.

Be relevant anyway. Make a difference anyway. I think when it comes to how others see our potential, we’ll have to rely on grace. We’ll have to hope they have the grace to not judge us the way we judged those who went ahead of us, or even the way we’ve judged them.

We may have passed a point of no return where that’s happened. We may have created an environment where it’s harder for us to foster a change because of the environment that we are responsible for.

But make a difference anyway. And the first step in making that difference is to set an example and repent of our own ageism.